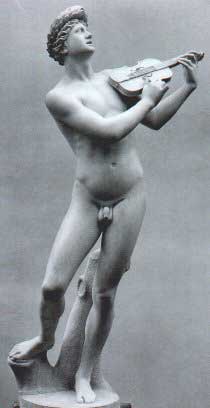 Cristoforo Stati's effete "Orpheus" (early 1600s) is in the Mannerist style. His penis is still small, after the classical fashion.
Metropolitan Museum of Art, New York 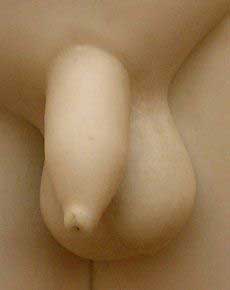 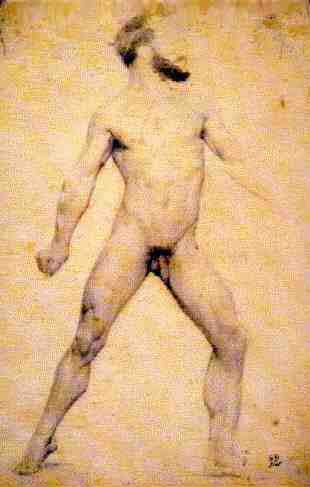 This sketch by Auguste Rodin (1840-1917) is completely unselfconscious: neither Rodin nor his model would have given a second thought to the fact that the man still had his foreskin. It was simply a given.
Musée Rodin, Paris